One development in physical security is the use of spray on polymer coatings to mitigate the effect of explosion blast on building walls. This can be a retrofit option is required. It helps to reduce penetration and spalling on the inside of the wall.

Here's a couple of suppliers Rhino Linings,  Dynasystems (Dynashield) and Line-X (Paxcon) and a video example. The polymer was originally developed as a coating to protect the the floor beds of pickup trucks from damage. It doesn't greatly strengthen the concrete/blocks/steel per se, but it does reduce the debris on the side of the wall opposite to the explosion. The reduces the risk to people within the building.

If you need some comparative research, there's a paper here.

If you are in the position to influence the construction of the building ,the blast resistance can be enhanced by adding polymer fibres and steel fibre (approx 7%) into the concrete during the mixing process. There is a great range of suppliers for these fibres. Such technology can also help protect concrete from the spalling effects of fire.
Posted by Oaksys at 10:56 No comments: Links to this post

This week I called in at the Facilities Management exhibition in Olympia Conference Centre in London UK.  Mostly I find such exhibitions a bit boring, but there are often useful nuggets of information to be discovered.

One nuggets of these was the Promat stand, There I was shown products which can provide four hour fire protection and also limited blast protection too. If this topic interests you it is well worth visiting their website to browse for 30 minutes or so. They have some particularly useful handbooks available on-line free of charge. If you need to plan building firewalls or "fire stopping", this is the site to visit. 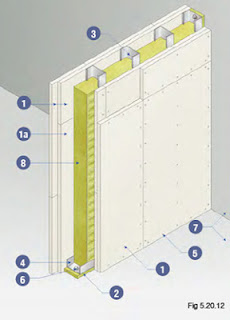 Posted by Oaksys at 16:36 No comments: Links to this post

Who are the software pirates?

I'm pretty sure that if a software manufacturer discovered a large organisation where software piracy is rampant there would soon be a court action and a claim for damages. For example if one in five of the users had an illegal copy of their software running on their desktop PCs the supplier would demand payment and compensation on top.

However several of the USA based suppliers are guilty of that same piracy when it comes to the differential between the USA price (USD) and the UK price (GBP) charged to customers. Take for example the latest release of the Adobe Acrobat product version XI. Its USA advertised price is $299, yet the UK price is the equivalent of $375 after the effects of sales tax (VAT) and exchange differences are taken into account.  It makes the same product bought in the UK (by download) 25% more expensive. There is no justification for this corporate greed by Adobe, it is in effect piracy by the suppliers.

I don't break the law by using pirated copies of Adobe software. I simply buy an alternative called Nitro PDF. It is just as good as Adobe Acrobat, yet it is one third of the price and they don't play games with the price in different currencies. Hence Adobe loses out. If they'd shown some integrity I might have done business with them. It could be worth checking what your own business policy is in regard to USA/UK pricing differential.

Posted by Oaksys at 17:25 No comments: Links to this post