Corruption of a Brand Name

My son bought me a pair of "mountain boots" from the UK store called Millets. The brand name of the boots is "The North Face" and they were made in China. These boots were not cheap; costing around 150 GBP retail, yet have been poorly constructed. The rubber rand on the sides of the boots at the position of the ball of the foot has developed a long vertical crack(s) at both sides of each boot. This not fair wear and tear, I've had several pairs of good boots which have lasted  several times as long. When I check inside the boot I find no leather underneath that part of the rand. "The North Face" used to be a respected brand, but manufacturers/retailers trying to maximise their profits have ruined it.

I'd go as far as saying that I regard the boots as fundamentally unsafe for use on the mountains. They are just okay for street walking, provided there's no rain or you'd end up with wet feet. 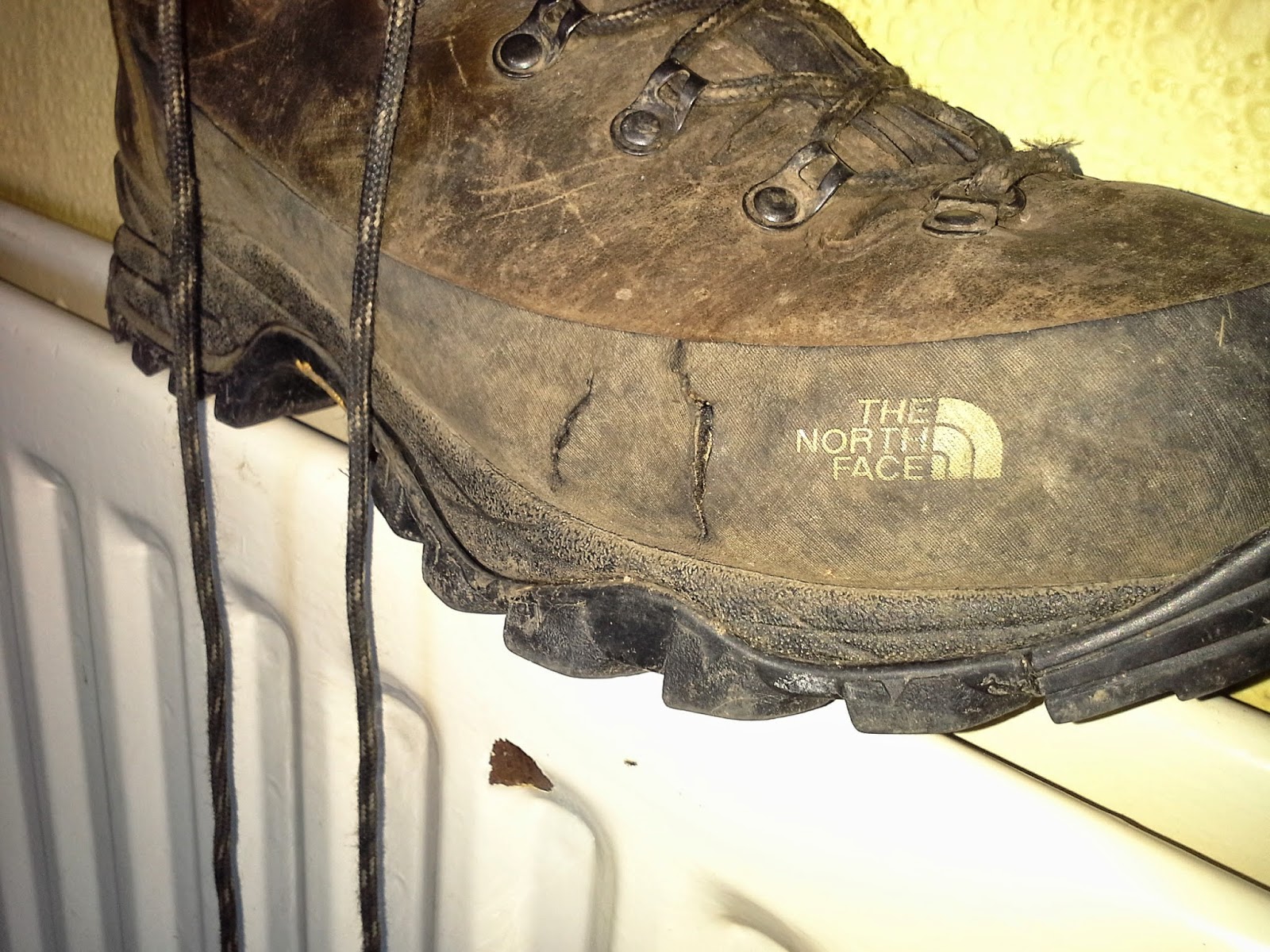 In the lower picture you can see where two crack met to form a triangular flap. If you look behind the flap there appear to be no sign of leather, just cloth, In a properly made boot the leather should extend down to the welt. 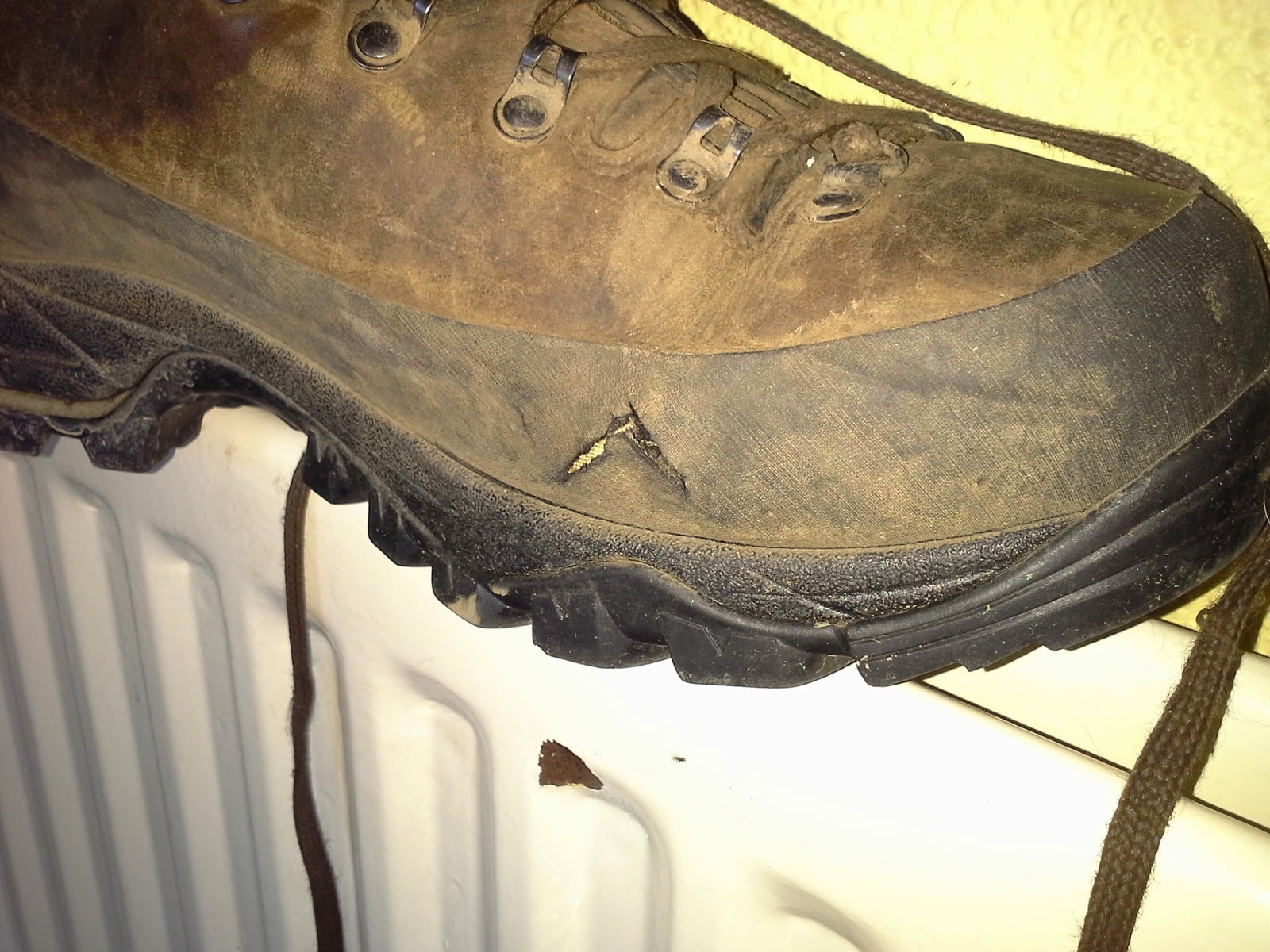 We automatically delete any SPAM comments. All comments are subject to moderation before publishing. Any SPAM is individually reported to Google as such, this reduces the offending site's Google Ranking.